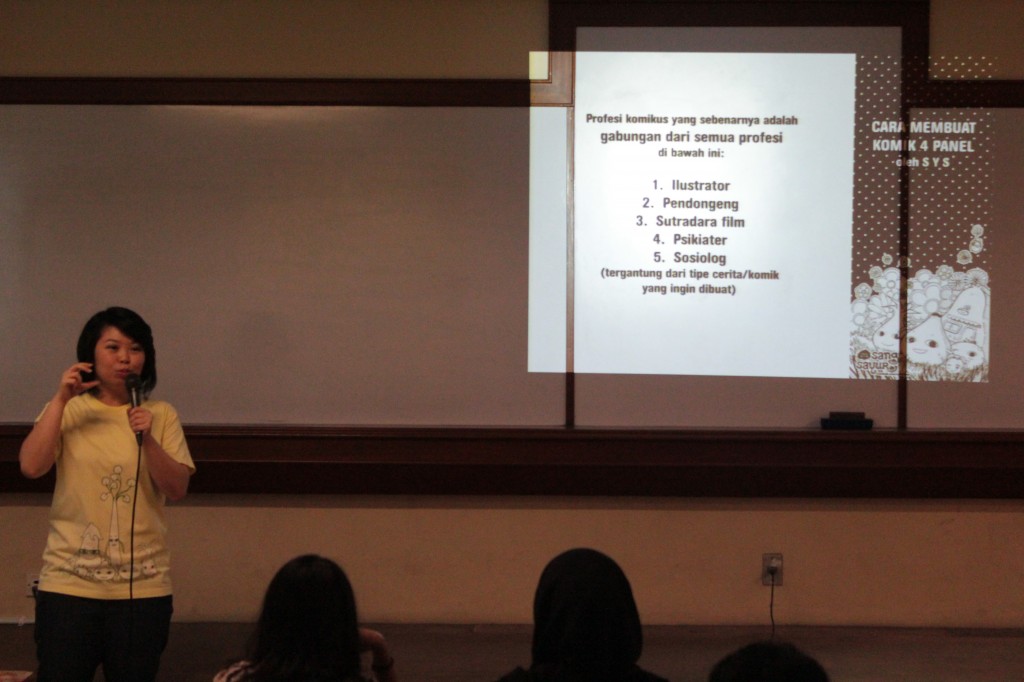 Manga is a term to say comic books from Japan. Manga, is already a big part of Indonesian child and youngsters. Nowadays, even those who already at their 30s still read Manga. At this time, there are many Mangaka (term to say Manga creator) from Indonesia, so being a Manga creator is also a promising and a challenging job for Japanese department students for there are Indonesian people who have made their debut in Japan. One of Indonesia’s famous Manga creator is SYS, affiliated with M&C! Comics (one of Indonesia’s biggest Manga publisher). We invited her to become one-day Manga instructor in this workshop. The workshop itself turned out to be crowded with many people, we even had to add some capacity to the workshop! 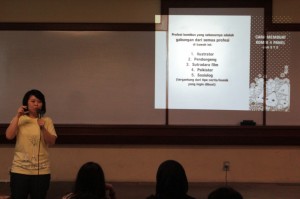 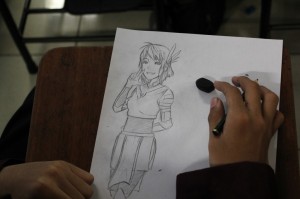