Third Year in College is the Time to Shine! (Fransisco, Binusian 2013) 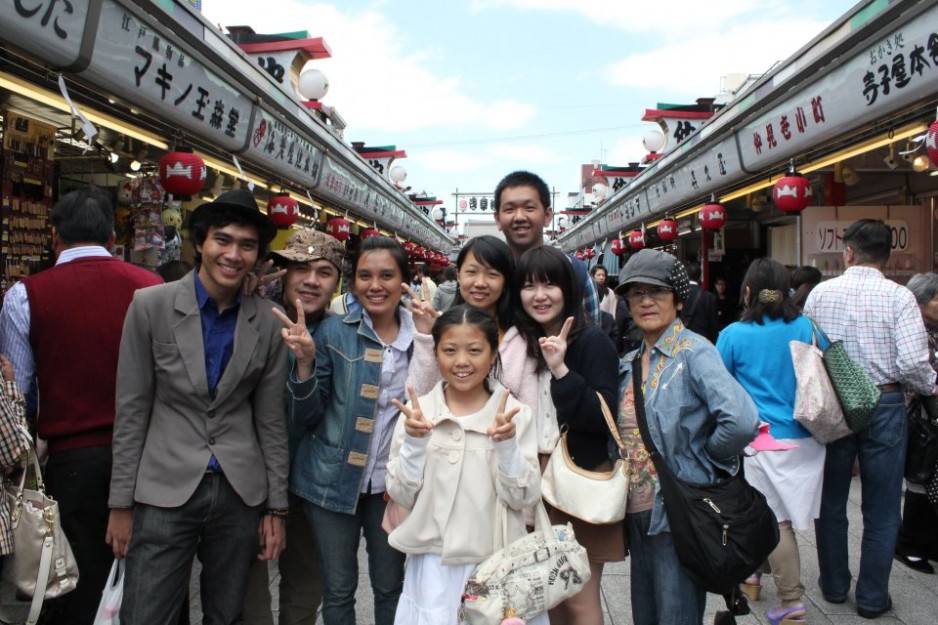 Since I was in high school period, I’ve been searching about the opportunity of being a college student, especially in the well-known university. I learned that almost in every university, unless you are a genius, you will get the chance to prove your ability outside the campus starting on your third year. It is a short time, assuming you will graduate at the following year. So the third year is your time to shine. Fully realized this, I studied hard (and also played hard as well :p ) and waited for my third year to come.

My third year as a Binusian finally came. On April 2012, as stated in this page, surprisingly I was chosen as one of BINUS and Indonesia’s representative (along with two other Binusian) as one of the JENESYS Programme (Japan-East Asia Nations of Exchange for Students and Youths) scholar established by the Japanese government. I got the chance to visit Japan for about a week on May 2012.

At that time, I almost missed the announcement of this program, and I got only 3 days to finish doing the requirements to apply for this program. Long story short, I managed to complete all the documents needed and applied to BINUS’ International Office. It felt like a miracle when I managed to advance to the interview phase, where I was questioned in English even though I had been speaking Japanese all those times. The next things, well, it just happened. BINUS chose me, then the Japanese embassy too. Happy? Sure!

In Japan, I stayed in Tokyo then moved to Chiba Prefecture. For the first time in my life, I was given the chance to use my Japanese language for a whole day. That was when I experienced a home-stay in a Japanese home. They were so kind and interested in me as a Japanese language learner. I also visited Chiba University and wandered around Tokyo! There was also a time when I had to give a speech in Japanese and English in front of the host families. Seeing the happy expression on their face when I spoke in Japanese, I realized one thing: I should compete in a national Japanese speech competition. 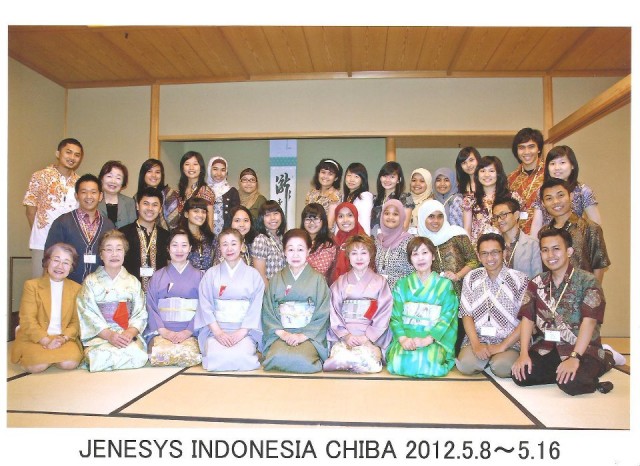 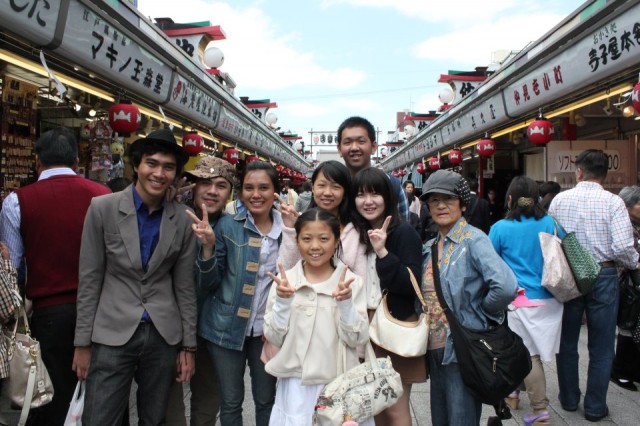 It was one of the hard time I experienced this year. Making a speech script is one thing, but to read it as if I were a Japanese and to insert feelings into it, is quite a frustrating thing to do. But if there is a will, there is a way. Not only me, but also Ayu and Annisa who compete in the same competition with me, also showed a significant improvement on how they read the script. Totally like a Japanese.

Long before the competition, one of the lecturer challenged us to bring the trophy home. Challenge accepted. Through hard work and perseverance, we trained ourselves and guided by Ms. Natsumi Koda, our native speaker lecturer, our efforts paid off. The three of us got into the final, I won the special winner, and Ayu even won the first place! 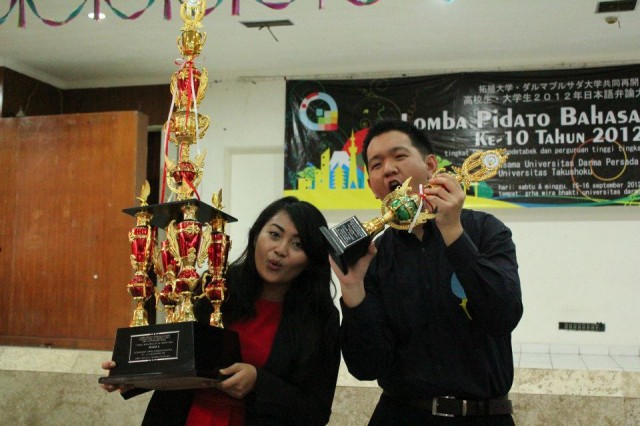 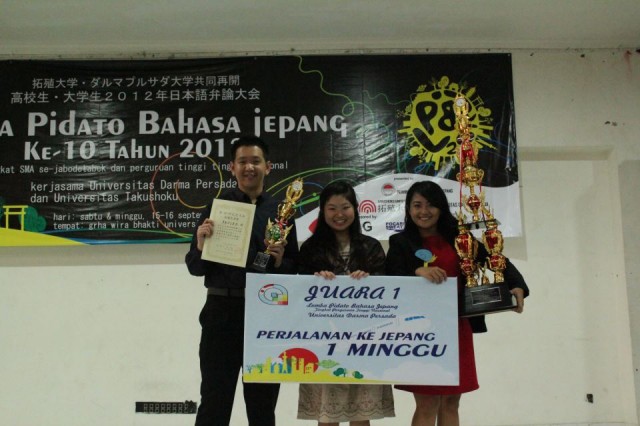 In every single process I went through, I believe this saying, “God never said it will be easy, but He promised that it will be worth every effort we made.” And third year as a university student is a year full of chances to prove yourself to the nation, or even the world! The sky is the limit. Go chase your dreams, and shine!